Three Imperatives for the Data Revolution in Africa

We also call for a data revolution for sustainable development, with a new international initiative to improve the quality of statistics and information available to people and governments.

Africa has not been idly waiting to be handed a development agenda. We adopted Agenda 2063 in 2014 and we have begun, in 2015, the process of domesticating it with the first 10 year plan. Globally, domestication of the SDGs are not likely to start until after March 2016 when the indicators are agreed and adopted. Agenda 2063 is not a divergent vision from that in the Sustainable Development Goals but is contained within the SDGs and consequently requires, just like the SDGs, data as a core means of implementation.

Africa isn’t waiting around for others to define for us what a data revolution is either. There is growing high level leadership towards reconfiguring the Africa data ecosystem to deliver on a true revolution. It was no surprise then that the AU Heads of State and Government asked the AUC, ECA and AfDB to hold a meeting to discuss the impact of the data revolution on Africa’s Agenda 2063 and the post-2015 development agenda. The meeting was held in March 2015 and produced a proposed data consensus whose principles will guide members states and non-state actors as we take deliberate steps towards realisation of a data revolution.

Recently, Kenya took its heading for an indigenous data revolution from the Africa Data Consensus with a journey beginning with the convening of data communities (one of the principles in the document) and the holding of the 1st National Forum on Harnessing the Data Revolution for Sustainable Development. The forum was opened by H.E. Hon. William S Ruto, Deputy President of the Republic of Kenya with his speech calling for, among other things, closing the data gaps that exist especially in areas such as civil registration and vital statistics (CRVS) and making access to ICT infrastructure even more affordable for everyone.

We do believe also as government that the data revolution must not become a struggle between an ancient regime of traditional official statistics and a new Big Data Republique. A worthwhile revolution will provide a means for Big Data scientists and official statisticians to work together as partners and complement one another.

The statements by His Excellency the Deputy President, the Governor of Kakamega County Hon Wycliffe Oparanya and the comments by the Honourable Member of Parliament for Emuahaya constituency, Hon Wilbur Otichillo, highlighted some of the imperatives for Kenya and the entire continent as we pursue the attainment of our development objectives in more inclusive, effective, evidence-driven and efficient ways than we did with the MDGs. Some are in areas where many countries are making effort to improve, such as CRVS, but others are in emerging issues we cannot afford to ignore such as terrorism and road traffic.

The imperatives speak to many aspects of the broader data ecosystem in Africa but these three I believe have existential and cross-cutting impact on a data revolution in Africa.

We also need to ensure we close the digital divide as rapidly as possible in order to make information and statistics available to citizens faster than we have done in the past. This requires governments to put in place the regulatory frameworks that encourage investment in ICT as well as incentivising investment in parts of the country that are not commercially attractive to telcos and other ICT service providers.

The environment to get the job done, the skills to get it done and the capable institutions that ensure the nation state moves the development agenda forward. Those are three important things we need to have in place if the data revolution is to deliver on Africa’s development agenda. 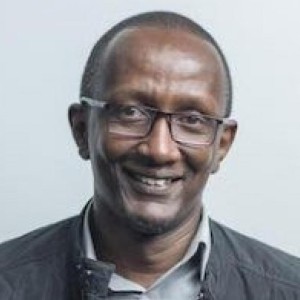